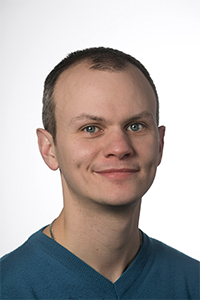 The Department of Clinical Genetics at Odense University Hospital offers a variety of genetic analyses for families of syndromic children and other inherited conditions, averaging 4,000 genetic analyses per year. In 2016, the lab decided to introduce whole exome sequencing to their offerings to take over a lot of the work they were currently conducting via gene panel analysis. They had an existing pipeline for their gene panels in place comprised of different open sources tools – but they knew right away that a commercial solution would be very valuable considering the amount of time and effort updating their homebrewed solution would require.

Their search was short-lived after discovering VarSeq; amongst several other solutions, VarSeq was the lab’s top contender. “VarSeq looked very promising and was exactly what we needed. What made it stand out was its flexibility and the possibility to tweak all the different settings our lab required,” explained Martin Larsen, a Molecular Biologist at the Department of Clinical Genetics. “We also liked the subscription model because we didn’t need to consider how many samples we would be running in the given year.”

Martin has been the clinic’s VarSeq Power User since the software was implemented and can remember how the customization capabilities gave them the control they needed. “With other software, it’s more like a black box. You put data in, and you get a list of variants out, and you’re not sure what happened in-between. VarSeq is unique with its ability to conform to our lab’s specific needs.” Since implementing the software, their team has been able to make feature requests necessary for their lab. “It feels like a pretty short distance between our lab and Golden Helix when we have a certain need. The tool is constantly advancing, and it’s nice the team is willing to listen to our needs in their development.” Said Martin.

Three years later the clinic continues to use VarSeq for their whole exome sequencing and plans to use it for their gene panel analysis and whole genome sequencing in the near future. They have already started using it but plan to fully implement it in the upcoming year. “We are in the process of implementing VarSeq and expect to see some nice improvements in our workflow – everybody’s looking forward to it.” Said Martin.