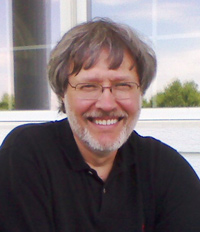 Scott Diehl, a professor and geneticist at Rutgers School of Dental Medicine, performs family studies, association studies and gene mapping to discover the genetic causes of periodontal diseases. Originally, Diehl had a large team of bioinformaticians in the lab to help with his analyses, but the high cost of such personnel created the need for another solution. With Golden Helix’s SVS software, Diehl and his small lab team are able to rapidly conduct a wide range of statistical analyses on their data without having to spend all their time bogged down in difficult command language.

Much of Diehl’s work is focused on periodontal diseases and tooth decay, two conditions with substantial heritability. The main goal of the lab is to find the specific genetic variants that underlie the heritability to understand the diseases’ mechanisms. To accomplish this, the team uses family studies, as well as association studies of cases and controls. The team is also focused on the potential of predicting when individuals are high-risk for developing severe disease prior to its onset, so the focus can be on prevention and treatment efforts.

In addition to periodontal disease, Diehl performs research focused on different kinds of chronic pain. The lab recently received data from 500 subjects with the rare condition trigeminal neuralgia. This condition is sometimes said to be the worst pain that humans experience. Diehl is also working with 5,000 limb amputees from Cambodia, many of whom suffer from phantom limb pain. Tragically, most of the subjects have lost a leg from stepping on a landmine, and are experiencing a peculiar phenomenon where they continue to feel severe pain in the place their limb used to be. To understand what the mechanisms of this pain are, Diehl is using an association study strategy using Affymetrix SNP arrays. The presence, intensity and duration of pain are compared with genetic variants on the arrays as well as additional imputed SNPs or haplotypes of array SNPs. Ideally, this study will lead to new analgesics to treat chronic pain.

Diehl combines the 319,000 SNPs from the exome array with more than 800,000 SNPs on the GWAS array creating a merged data set in SVS. This data set thus provides well over a million SNPs. The team then proceeded with a full data analysis, which Diehl says is quite easy to do in SVS. “From the graphical interface to the click and drag ease of use, SVS is highly optimized and has the power to run large data analyses very rapidly.”

In Diehl’s small lab, multiple people have used SVS, even a highly experienced data analyst accustomed to writing his own programs. While he was initially reluctant to try the program, he quickly became sold on utilizing its capabilities on a nearly daily basis. Diehl has also found it easy to train new people to use SVS. With a recent MD student on rotation Diehl recalls, “I can't say so much I trained him as I sat him down and said, ‘Look at all these tutorials and the gene blogs and so forth.’ In a couple weeks, he trained himself and he became quite adept at using the tools.”

Diehl explained further the benefit that the lab receives by using the SVS software. “I have a relatively small lab team, and it's just really terrific to have the capability of rapidly doing a wide variety of rather complex analyses without having to spend hours down in the weeds, so to speak, of difficult command language programming and the tedious formatting that's required to do these kinds of analyses using the freeware academic packages out there, such as PLINK and others.” Diehl praised the software’s ability to conduct analysis very quickly and the ease in handling and manipulating very large data spreadsheets. When asked why he ultimately chose SVS, Diehl replied “It's both the performance and the ease of use and the flexibility, the range of analyses that can be done”.

Diehl’s research focus wasn’t always on dental diseases and changed over the course of his career. Originally he trained in theoretical population genetics, and while completing his PhD at the University of Texas, he studied genetic changes involving pest insects (flies laying eggs in apple and cherry fruits). His research goal was to understand the genetic changes involved when in the 1800’s the flies switched from attacking local indigenous fruits such as wild cherries and hawthorn to attacking apples and cherries brought to North America by Europeans.

Diehl’s entry into the human genetics field came indirectly through an opportunity to learn new recombinant DNA techniques. His initial plan was to eventually bring these techniques back into insect research to study things like insecticide resistance. “Much like bacteria build resistance to antibiotics, insects evolve resistance to pesticides”, said Diehl. However, it was just such an exciting time, as modern human genetics based on the newly-developed DNA tools were becoming available, that he ended up staying in human genetics for the rest of his career. From helping to identify the neurofibromatosis gene to studies of hereditary deafness, Diehl finally found his way into the field of dentistry through a genetic study of periodontal diseases. Now more than 27 years later, he continues to strive to advance understanding of the genetics of oral and dental diseases.