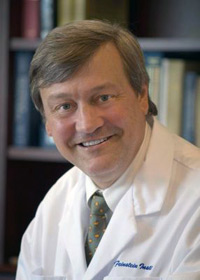 Dr. Peter K. Gregersen, head of the Robert S. Boas Center for Genomics and Human Genetics at the Feinstein Institute for Medical Research, utilizes GWAS, targeted arrays, and sequencing technologies to identify genes associated with human autoimmune disorders. The arrival of the GWAS platform in the mid-2000's greatly accelerated the pace of gene discovery?as well as accelerating the number of ongoing projects at the Boas Center. This generated a need for an analytical tool that would allow the biologists to find significant data quickly. "I have always thought that putting the analytic power in the hands of the biologists who are thinking about the disease is really important," says Gregersen. With SNP & Variation Suite (SVS), Gregersen can do just that.

After completing his MD from Columbia University, Gregersen accepted a rheumatology fellowship at the Hospital for Joint Disease and cloned some of the first genes known to be associated with rheumatoid arthritis. This experience sparked a desire for a career in genetics and ultimately led him to the Boas Center for Genomics and Human Genetics where he has been the Lab Director for the past twenty years.

The center is interested in the genetics of autoimmune disorders with a primary focus on diseases such as rheumatoid arthritis and systemic lupus erythematosus. The center utilizes large GWAS and exome chip studies to identify genes associated with these diseases. The ever-increasing size, complexity, and number of datasets have generated a need for an analytical tool that biologists can use to find meaningful data quickly and to explore that data in a flexible manner. SVS allows Gregersen and his team to put the analysis tools directly in the hands of the people who are doing the biology. "They can address hypotheses very quickly without having to go through a lengthy back-and-forth process with a statistical geneticist," he says.

Since the completion of the Human Genome Project in 2003, Gregersen and his lab have worked to identify risk genes for a number of autoimmune disorders. The identification of these genes happened at a greater pace with the arrival of GWAS studies in 2006. Gregersen's team, working with many international collaborators in the field, have helped to identify over 200 loci that are associated with autoimmune disorders, and many more loci are likely to emerge in the coming months and years. Says Gregersen, "one of the characteristics of autoimmune disorders is that they are genetically overlapping, and they share many loci in common."

A major focus over the last couple of years has been to perform functional studies of people who carry variants of the GWAS-identified loci. The hope is that the association data, coupled with functional data, may one day lead to actionable results that can be used in a clinical setting. For example, GWAS and exome chip studies have uncovered several genes linked to autoimmune diseases that influence B cell development, which are the cells that make antibodies for the immune system.

One example is PTPN22, a gene expressed in lymphocytes and other cells. PTPN22 plays a role in early B cell development and has been strongly associated with autoimmune disorders. Functionally, it has been shown to act as a threshold, or set point, for autoimmune pathogenesis. However, this set point seems to be regulated by several genes. Thus, by looking at genotypic variations in healthy individuals and how their B cells respond to various stimuli, researchers have been able to identify how these genes influence immune response.

All of the data gathered goes directly into SVS, and the team members conducting the study get the answers they need quickly and easily. In the hopes of gathering a large collection of subjects, Gregersen's team instituted a Genotype and Phenotype registry (GAP) in which normal subjects can register to be called for future studies based on their genotype.

Underscoring the importance of autoimmune diseases running in families, The Lupus Sister Research Study ? also managed by Gregersen's group ? is enrolling 400 blood-related sisters, one with a confirmed diagnosis of lupus and one (or more) that does not have the disease. By following the unaffected sisters over a 7-year period, the researchers hope to understand the early events that lead to the development of lupus and use the mechanisms identified for treatment and/or prophylaxis.

After finishing his medical degree, Gregersen explored the other side of his family heritage (his father was a research physiologist, his mother an opera and lieder singer) and took time off to be a musician. Staying true to his musical side today, Gregersen is also involved in a study to understand the genetic basis of absolute pitch ? the ability to identify and name musical tones without the use of an external reference pitch. Over 800 people with absolute pitch have been recruited thus far, and the study has already revealed some surprising results including the fact that the percentage of the population with the trait is much higher than expected.

With approximately 10 projects being conducted concurrently at the center, in addition to multiple collaborators from all over the world, SVS is vital to the success of these projects. SVS makes it very easy to ship data back and forth, and team members can feel connected to the data being generated by their specific projects because they are able to do the analysis themselves. Gregersen points out that SVS is easy to learn and team members can explore ideas "on the fly and get a flavor for what the data is telling them." With many open-source programs, this is not possible because it is a full-time commitment just to learn how to use them.

With the myriad of projects taking place at the Boas Center for Genomics and Human Genetics, it is evident that SVS is applicable to wide-ranging questions in genetic research, and Gregersen notes that the Golden Helix team is extremely responsive, and problems get fixed quickly. The value of SVS to Dr. Gregersen and his team can be summed up simply: "things wouldn't move as quickly if I didn't have it."