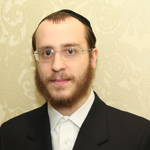 Since 1999, Bonei Olam has been providing large-scale funding for fertility treatment and research. The non-profit’s mission is to provide whatever means or resources necessary to help childless couples achieve the dream of parenthood. Today, it is recognized in the worldwide medical arena for its leadership role at the forefront of reproductive medicine, research and technology. Specifically, Bonei Olam has brought the joy of parenthood to nearly 6,000 couples through a myriad of programs including financial assistance, work up, medication, high-risk pregnancy, pre-implantation, genetic diagnosis, pre-and-post cancer fertility, education, awareness, and adoption assistance.

The genetic research provided by Bonei Olam is conducted at the Center for Rare Jewish Genetic Disorders and is focused on identifying the genes that cause rare disorders and disabilities that are associated with ethnic Jewish populations. To do this, Chaim Jalas, the Director of Genetic Resources and Services for the center, is on the forefront of leveraging whole exome sequencing data to better educate and consult with couples regarding undiagnosed disorders.

Jalas and his team recently adopted the VarSeq Clinical Suite in order to conduct trio analysis and other family based next-generation sequencing analysis. “The VarSeq software provides beautiful filtering and annotation for our samples”, said Jalas. “However, what really impressed us was the ability of VSWarehouse to help us to generate a population catalogue specific to the Ashkenazi Jewish community.” Jalas further explained that along with other leading research institutions such as the Hadassah Medical Center in Jerusalem, that a large database combining huge cohorts will be created in VSWarehouse. “The ability to combine projects and query the data against so many annotation sources, from our own servers, was very impressive” Jalas commented. “Also, we have many students and doctors who are not bioinformaticians and VSWarehouse provides an easy and fast online interface.”

Jalas also mentioned VarSeq’s pricing model and the Golden Helix brand in his decision to implement the VarSeq Clinical Suite. “Paying per sample fees is too much. I would rather buy a software program than to ever think twice before reanalyzing a sample. It also makes budgeting less of a hassle”, said Jalas. “And Golden Helix has been around for a long time. I know that you will not disappear in a few months.”

In the last 5 years Chaim and his team, along with collaborators around the world, have published more than 30 papers that have helped to identify rare mutations within the Ashkenazim population. After publication, these important studies have helped families with undiagnosed children to obtain a diagnosis and get the medical treatment they need. Chaim said, “Our focus is to work with researchers worldwide in order to pinpoint genetic mutations for severe disorders in the Ashkenazim population”.