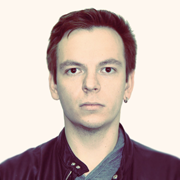 Dr. Sergey Kornilov, a Duncan Scholar in Molecular and Human Genetics at Baylor College of Medicine, combines his broad psychology background with genetics to research the genetic basis of neurodevelopmental disorders with a unique dual perspective. Neuro-developmental disorders, for example those of the spoken and written language, affect many worldwide – up to 10% of preschool children. In most cases, these disorders persist into adulthood which brings about a host of negative outcomes seen academically, occupationally and interpersonally. Those diagnosed with these disorders generally tend to be less likely to have a stable romantic relationship, are less likely to live alone independently as young adults and also exhibit several types of internalizing problems. However, despite the substantial evidence that these disorders pose a significant public health issue, research in this area is lagging, in part because phenotyping is extremely complex for that type of high-level cognition.

Kornilov’s research is pushing the field further by using a dimensional approach to phenotyping. By studying the disorders from a neuro-biological standpoint in addition to a behavioral position, Kornilov is able to bridge the gap between integrating the behavioral characterization of disorders with neurophysiological indices, such as electrical brain activity, as potential phenotypes. To accomplish this, Kornilov uses several genetic methods including micro-regenotyping and exome sequencing for the purpose of linkage and association analysis. With numerous individuals all over the world affected by neurodevelopment disorders from Dyslexia to Developmental Language Disorder to other learning disorders, this research is critical.

Kornilov is part of a research team led by his Principal Investigator Dr. Elena Grigorenko (formerly of Yale University School of Medicine, now at Baylor College of Medicine and University of Houston). A large part of Kornilov’s current work is focused on several genome-wide association studies that utilize a number of phenotypes related to spoken and written language abilities such as language production and comprehension, reading, spelling, working memory and phonological awareness. The cohort samples originate from all over the world, which serves the broader purpose of exploring the responding variation in ancestry. Presently, Kornilov is examining reading difficulties in children in Zambia using DNA from approximately 3,000 individuals. He is also analyzing data from 2,000 individuals in Russia which include both family data and population based samples, as well as data sets from Saudi Arabia.

For Kornilov to analyze his first GWAS data set, he realized he would need a more robust software solution than he had previously used. In the past, working with smaller scale association studies only required his own programming skills, but with batched data with a much larger number of markers from two different genotyping panels, it would simply be too complex to do himself. After asking around, a colleague from Yale proceeded to show Kornilov how he used SNP & Variation Suite (SVS) to conduct his analysis. Kornilov wanted a software program that was transparent, easy to use, allowed for local storage and did not require extensive programming. Once he was exposed to SVS, he quickly informed his Principal Investigator that, “We need to try this!”. From the data visualization and management to quality control, SVS had all the things that Kornilov needed and continues to need for his analysis.

Kornilov was originally trained as a psychologist, having received two PhDs in Psychology from Moscow State University (educational and developmental psychology) and the University of Connecticut (cognitive psychology and neuroscience). However, his second PhD was focused on neurodevelopmental disorders, and this became his bridge into the world of genetics. Throughout his time at UConn, Kornilov worked closely with Yale School of Medicine and the Child Study Center on projects involving language assessment development and molecular genetic association studies in literacy and cognition. His prestigious work investigating neurodevelopment disorders continues on at Baylor, and we eagerly await to hear about his latest research breakthroughs.